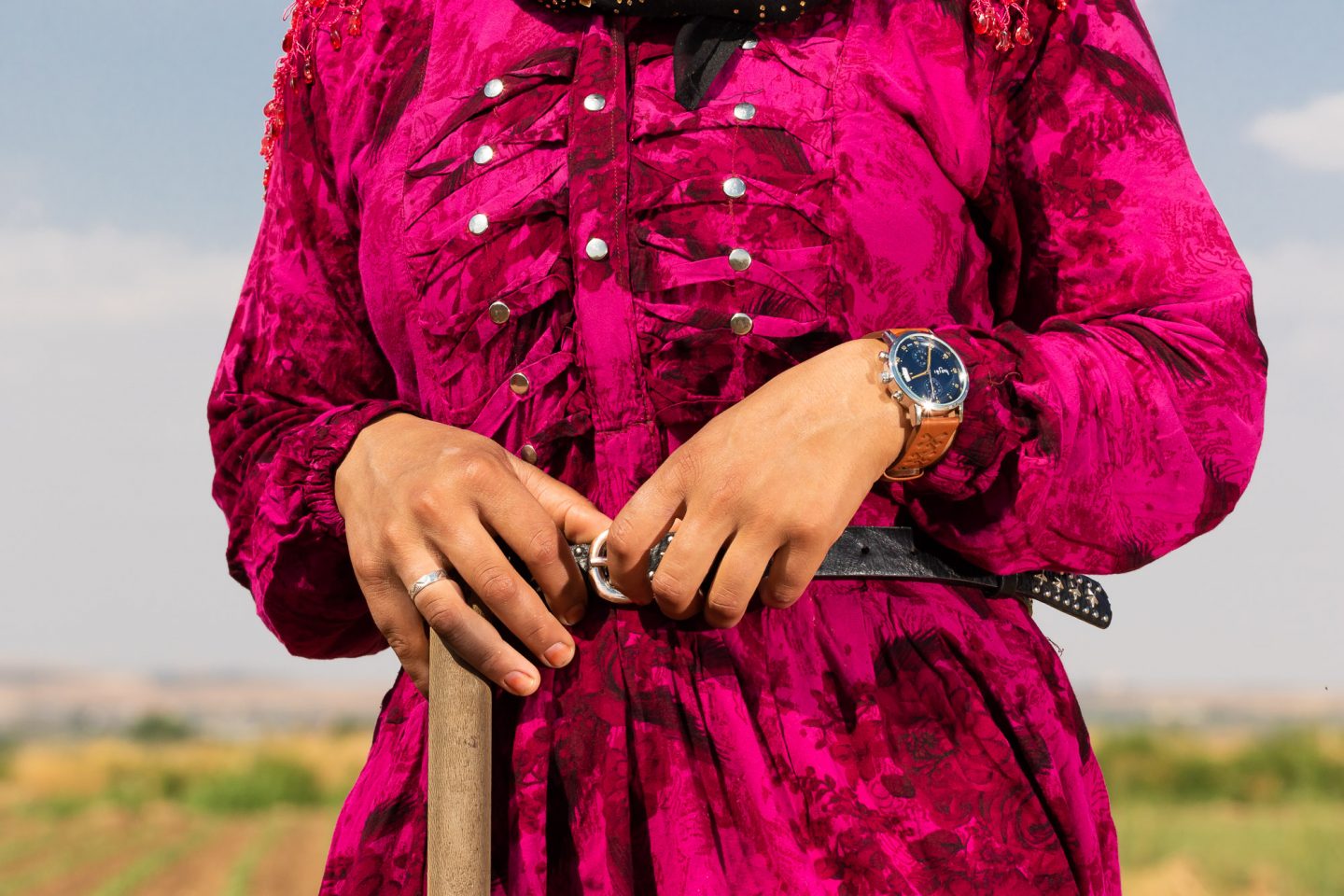 Bajer Watches transforms every day into a ritual of personal elegance.

Bajer is a Kurdish word that simply means a city, but it has a much deeper meaning for the Kurds.

As a long-oppressed minority in the Middle East, the Kurds have often been forced to abandon their small towns and villages, flee to safer ground in cities. As a result, the notion of a city has come to represent not only a physical space but also a state of mind—a place where Kurds can be free, safe, and powerful one day.

During her childhood in the 90s, Leyla Uysal and other Kurds in Turkey were not allowed to travel between cities due to the war conditions. She recalls the one time she and her family left their small town to attend a cultural festival in the city. This was a very special moment for her, as she was able to see the Kurdish culture and art on display.

It is this spirit of freedom and resilience that drove Leyla to found Bajer Watches. She wanted to create a brand that would showcase the talent and strength of Kurdish women. The watches are Swiss-made timepieces, but they are also so much more. They are a symbol of hope for a better future for the Kurdish people. When you wear a Bajer watch, you are not only telling time, you are also telling your story.

Bajer is a tribute to all Kurdish women who have fought for their rights and refused to be silenced, whether that be their most recent armed struggle against the Islamic State or their centuries-old struggle for education and equality in a patriarchal society.

Despite their challenges, Kurdish women are a force to be reckoned with—and Leyla wants the world to know it. They have a long and rich history of artistry, creativity, and innovation.

Leyla is proud to carry on this legacy with her luxury line of watches. Each timepiece is crafted with the utmost precision and care, showcasing the unique beauty of Kurdish women.

Leyla hopes that Bajer Watches will not only empower Kurdish women but also introduce the world to their unique culture and traditions.

The first step towards achieving this goal is ensuring that the watches are of the highest quality, which is why Leyla has partnered with some of the best Swiss watchmakers in the business.

The watches come in various styles, all of which reflect Kurdish culture and heritage. With stainless steel cases and Swiss-made quartz movements, these watches are built to last.

With minimalistic motifs and attention to detail, Bajer’s timepieces are understated elegance at its finest. They represent a new chapter in Kurdish history, one in which women are at the forefront of progress and innovation.

Bajer Watches is more than just a watch company. It is a symbol of hope for a brighter future. We invite you to join us on this journey and become part of the Bajer family.

AS SEEN ON
Press Release Publishing provided byBrand Push AND OVER 200 NEWS SITES
Close
Sidebar
Home
0 Wishlist
0 Cart
My account
This Site Uses Cookies To Deliver Website Functionality, For Analysis And For Advertising As Described In Our Privacy Policy. If You Agree To Our Use Of Cookies, Please Continue To Use Our Site.
Accept